Home | Why Microsoft Azure is Winning

Why Microsoft Azure is Winning 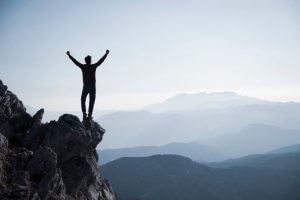 In January, Microsoft reported $32.5 billion in revenue for the second fiscal quarter. And Azure was up 76 percent.

“The consistent quarter success can be attributed to (Microsoft CEO Satya) Nadella’s plan to turn Microsoft into a cloud company, wrote Emil Protalinski of Venturebeat.com.

Furthermore, CEO Nadella said large companies are noticing and signing on. “Our strong commercial cloud results reflect our deep and growing partnerships with leading companies in every industry including retail, financial services, and healthcare. We are delivering differentiated value across the cloud and edge and as we work to earn customer trust every day.”

In fact, in February ExxonMobil and Albertson’s chose Microsoft Azure to help them “reinvent themselves for the digital future,” wrote Bob Evans of Cloudwars.co.  “And these two very different types of deals with massive and highly demanding customers come as the momentum for Azure . . . shows no signs of letting up,” Evans continued.

This comes after Walmart signed a five-year contract with Microsoft to lead it “into the future,” Evans wrote.  “Competition’s a great thing, and customer choice is a fabulous thing. . . The company that’s winning more often than anyone else . . . is Microsoft.”

So, the big question is how? How is Microsoft doing it?

Amazon Web Services has dominated the public cloud market for almost 10 years. However, companies are beginning to have more than one cloud service provider. And that is a benefit to Microsoft because Microsoft is expanding its cloud features and the way its cloud functions.  Also, Microsoft is using its long-standing relationships and the trust it has built to win customers.

ClearSky’s Ellen Rubin, who interviewed CIOs about their cloud provider preference, reported that many are turning to Azure. They say Azure could become their primary cloud service provider in the future. However, they will keep AWS for workloads where Azure has not yet caught up.

“In addition, many IT leaders say that since they have large on-premise Microsoft footprints (or are mostly Microsoft shops), it’s a natural extension for their developers to embrace Azure,” Ellen writes. “Given the company’s deep understanding of enterprise buying behavior, and the laser focus of its CEO, Azure has clearly shown that it’s at least a two-horse race. And it must be included in cloud strategies for enterprises and service providers alike.”

For some, the movement toward Microsoft was well in place last year, according to a Goldman Sachs Group Inc. survey from June 2018. The survey found that 49 percent of CIOs at large firms currently use Azure as their cloud provider for infrastructure-as-a-service. While 56 percent said they used AWS as their cloud service provider. But when asked which service they expected to be using within three years, AWS and Azure were tied at 49%.

Also, there are other reasons why Microsoft is gaining on AWS. It transformed its sales and engineering organizations and began focusing on intelligent cloud plus intelligent edge. https://www.forbes.com/sites/bobevans1/2018/09/17/how-1-microsoft-is-beating-amazon-google-and-everyone-else-in-the-cloud-the-strategic-breakdown/#36f5a46495d4

Microsoft’s transformation is seen in these three areas, according to Forbes contributor Bob Evans:

So as IT writers and analysts observe, Microsoft has many advantages. Its long relationships with customers are one advantage. Its pledge to not compete with its customers is another advantage. And it understands that customers need to have hybrid technologies.

And, it offers customers a choice. AWS is not the only game in town.

More Resources Below on How Azure is Competing in the #CloudWars